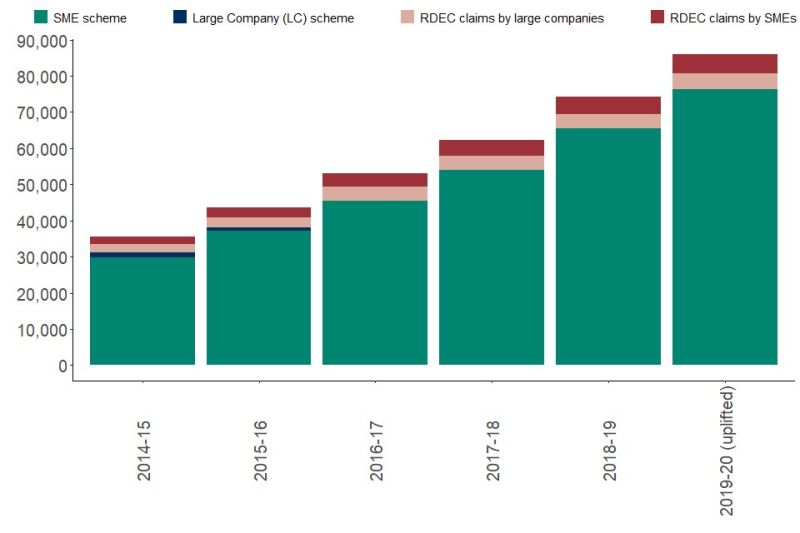 Whilst R&D investment promotes economic growth and signals recovery in a number of industries impacted by the pandemic a lack of regulatory scrutiny could bring forward tighter restrictions and review of claims as we move into the next financial year.

Official statistics published by the HMRC in September show a 16% increase in the number of R&D claims for the year ending March 2020. This equates to 7.4bn in total support claimed, up 19% from the previous year (6.3bn).

There is a degree of concern in relation to the latest R&D tax relief figures, noting that of the 85,900 claims made, 85 percent were less than £100,000 in value – conceivably an indication of “spurious claims”.

The National Audit office in 2020 called into question the HMRC's ability to police fraudulent or overinflated R&D claims and whilst there are legitimate differences between the two figures, the substantial gap between these figures continues to be unexplained.

The disparity and sheer increase in SME claims brings into light the need to reform the current R&D tax relief scheme and it appears the HMRC are on the cusp of beginning this reform. Deploying larger resource into the regulation of R&D claims and ensuring compliance throughout.

R&D Tax Services work across multiple industries with a specialist team of industry consultants ensuring not only that our clients are maximising their R&D claims but that they are fully justified and defendable should the HMRC raise objection. We have a 100% success rate on all claims that have been objected or investigated and have helped hundreds of clients ensure they are fully compliant with their submissions.